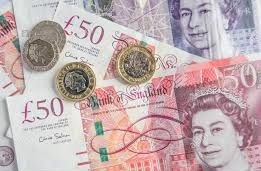 So Amendment 2 to BS 7671 is now up for comments at the BSI, the complexity of what will now be required to meet the BS code will quadruple in my opinion, and the costs to comply with the New Dwelling requirements can and will put honest contractors to the wall trying to comply, and many Dwelling customers can and will go to the cowboys to get it done like they already unwittingly are in many cases thinking they are protected.
Whilst the Cowboys just cut corners and will just do whatever a client wants, please bear in mind these changes do not take effect until 2022 if they all come in after all it’s out for discussion at present.
Don’t get me wrong many of these things will bring major improvements to safety for the public and business alike and will require some serious studying and re-education by many of the Time served electricians many of whom have already been investing in their re-education together with the associated costs to them personally of making sure they bring themselves up to standard adding thousands to their bottom lines so that they can safely advise their clients properly.
EICR’s are and have been going the way of what was called the PAT Market, (read sticker merchants who can do 300 -500 per day apparently per person it cannot be done you just have to do the math to work it out).
It has now gotten to the point that in my opinion, over 80% of them are just toilet paper, there are companies saying they can do 4-5 per day including the paperwork per man?! (It cannot be done, don’t just believe me check what is being said sometimes daily on LinkedIn)

Also not possible if the inspection work is carried out, this is also not just my opinion, there are many, very highly educated time served Competent Apprentership trained Electricians that feel this way based on thousands of photographic bits of evidence, which is constantly ignored by those that are supposed to be in charge of our industry in my personal opinion.
They have had decades to make these Codes Mandatory like Gas, and register electricians with the correct training, which would help force the Cowboys out of the industry, I doubt that this will happen in my life despite the backlash going on in the industry.
(Electricity kills period it does not care who you are giving it the slightest chance and it will take it).
Yet they continue to try and find ways to get the larger organisations out of their responsibilities and Pass the buck to the people at the front end, with no backup unless it goes wrong. (by which time it is too late)!

There are hundreds of thousands of bits of shoddy work out there that have been put in within the past 3 decades just waiting for some poor unsuspecting fool to make the mistake of trusting it!?
As long as the Contractor shows they complied with BS 7671 as the minimum standard and informed the clients and have evidence of this, there cannot be a comeback, if it was done correctly, yet despite highlighting so many continuing pieces of bad and shoddy work that does not even remotely comply, nothing gets done.
It is, however, my opinion that they and many of the powers that be have no interest in curtailing the back door entry 5/12/15/21 and 28 day trained so-called electricians it takes 4-5 years as an apprentice to even understand the basics?
They continue allowing shoddy and very poor installation work to continue in my own personal opinion, although some organisations have now almost closed part of that route after many years of allowing it, but what about everything that went before the danger is still there.

As for EICR’s after 2022 expect what is required to quadruple in Prosumer installations, let alone normal Dwellings, along with the associated cost to the end customer.
Just my personal opinion, but much of it will come in.
Tweets by Safe_Electric
This website uses cookies to improve your experience. We'll assume you're ok with this, but you can opt-out if you wish. Cookie settingsACCEPT
Privacy & Cookies Policy

Any cookies that may not be particularly necessary for the website to function and is used specifically to collect user personal data via analytics, ads, other embedded contents are termed as non-necessary cookies. It is mandatory to procure user consent prior to running these cookies on your website.

This website uses cookies so that we can provide you with the best user experience possible. Cookie information is stored in your browser and performs functions such as recognising you when you return to our website and helping our team to understand which sections of the website you find most interesting and useful.

Strictly Necessary Cookie should be enabled at all times so that we can save your preferences for cookie settings.

If you disable this cookie, we will not be able to save your preferences. This means that every time you visit this website you will need to enable or disable cookies again.